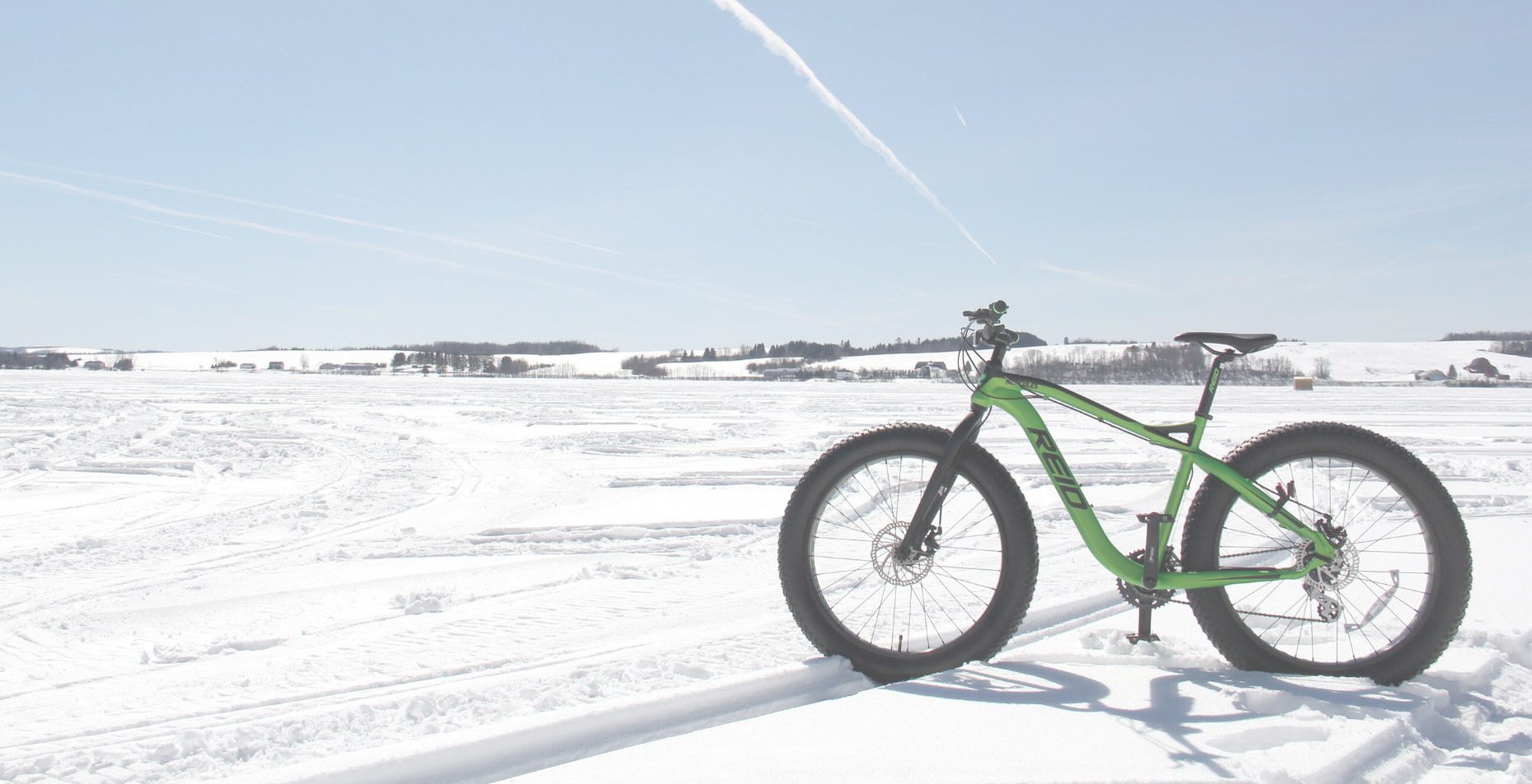 If you’ve been out to the trails lately you would have noticed more and more people bombing around on what look like Mountain Bikes with big, fat tyres. Welcome to the World of Fat Bikes!

Fat Bikes are big fun. These beasts push you to go large and then help you get away with moves that would otherwise end in the bushes on a regular mountain bike.

Thinking of trying a Fat Bike? Keep reading for more info and contact your nearest Reid Cycles store for a free test ride.

How to Choose a FAT Bike

WHAT IS A FAT BIKE?

Originally designed for riding in the snow, Fat Bikes will eat up terrain you wouldn’t even attempt on another rig. Float over deep sand, sticky mud, ice, snow or the sketchiest of rock gardens on these two-wheeled juggernauts.

It’s not all about flying down a mountain with your hair on fire though. The large, oversize 26 x 4” wheels also open up previously insurmountable terrain for epic adventure rides and a new breed of racing (a Reid Zeus recently competed in the Simpson Desert Bike Challenge over 570km from Purni Bore SA to Birdsville QLD).

At a recreational level, riders will often use their Fat Bikes for bike-packing as the large stable wheelbase provides the ability to carry large amounts of gear.

Fat Bikes are made for hard riding. Because of their intended use, they use components equal to the task - sealed bearing bottom brackets coupled with tough alloy parts. Even so, it is still a good idea to give your bike a wash with fresh water when you’re done – especially after riding on the beach.

Fat Bikes have several unique features which differentiate them from conventional mountain bikes. The first feature that catches your eye are the enormous 26 x 4” tyres which are capable of eating up and ploughing through all kinds of terrain.

Fat Bikes also feature extremely wide rims and oversized hubs in order to accommodate the larger tyres and tread. These wider rims add a large amount to the overall weight of the bike, so manufacturers will often drill out and remove any redundant material (hence the bubble effect on the inside of the rims).

This huge tread pattern allows a rider to remain high in soft terrain and prevent bogging. If the going gets really tough, just let some air out of the tyres and get cranking (they can run as low as 10 PSI).

At first glance, a Fat Bike frame looks like a standard mountain bike but there are several key unique features. The most obvious is wheel clearance, with the rear triangle and front forks both modified to accommodate the large, wide wheels and tyres. The wider rear triangle and front forks mean that conventional rim brakes are not suitable to fit or stop the large rotating mass of the wheels, making disc brakes a must.

Generally Fat Bikes will run low gearing to keep the wheels moving over more technical terrain and sticky stuff like mud, snow and sand. The low gearing also allows riders to easily pedal the large wheels and tyres and provide a relaxed and cruisy ride.

A NOTE ON RESPONSIBLE EXPLORATION OF NEW TERRAIN

Respect the dunes! Coastal areas are sometimes classified as national parks so be sure to check on local rules when choosing where to ride.

When out bush, try to keep to designated trails in order to protect the surrounding vegetation. 4” tyres can make a mess of things.